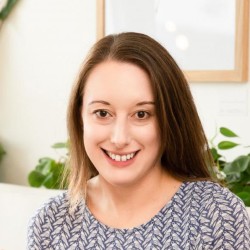 Posted By Caroline Mehta on October 3, 2019 in Third Sector

3 Ways To Show How You Are Spending As a Charity

With the recent alleged concern from supporters regarding RNLIs 2% spending overseas, have you considered how you show your supporters where their contributions go?  Making your figures visual can really help you stand out whether this is in your Annual Report, on your website or ideally both. That way existing and potential supporters are able to see at a glance what proportions are going on what aspects of the charity expenditure. This can be in the form of a percentage total figure for the year or converted into pence per pound.   Below are 3 ways to represent both your incomings and outgoings visually with examples.

A picture is worth 1000 pounds words!

Could you be attracting more donations with a visually appealing format for reporting? Adding a graph, infographic or video/ animated infographic offers and clear and concise way to show where the money comes from and where it goes. This transparency helps to build trust which in turn could secure new donations and maintain existing supporters. All those extra donations really could add up.

Rigorous Digital – Who The Devil Are We?

Rigorous Digital is a WordPress & WooCommerce design, development & support agency based in Cheltenham (UK) servicing an international client base, a number of whom are in the Third Sector.

For more Third Sector news round-ups, tips and how to’s follow Rigorous Digital on LinkedIn or Facebook or sign up to the monthly Third Sector Edition Newsletter at eepurl.com/dAzV8f.